If you file your tax return late, or make required tax payments late (either the final balance owing or instalment payments), Canada Revenue Agency (CRA) will charge you interest. The penalties and interest are charged in accordance with the provisions of the Income Tax Act.

If you are a “repeat offender” this penalty can be increased. Where you have been assessed a late filing penalty for one or more of the three previous years and the CRA issues a demand to file the current year’s return, you will be subject to the repeat offender penalty. This late filing penalty is equal to 10% of the unpaid taxes plus an additional 2% per month for a period of up to 20 months.The maximum penalty is, therefore, 50% if the return is filed more than 20 months late.

There are also significant penalties for knowingly, or in circumstances amounting to gross negligence, making false statements or omitting information from a tax return.

If the taxpayer makes a voluntary disclosure, penalties may be waived. If a taxpayer has never filed a tax return, and the return is then voluntarily filed, or if income has been omitted from a return in error and is subsequently disclosed, the taxpayer may only be required to pay the tax and interest owing. This is achieved by contacting the voluntary disclosures group at CRA to disclose the missing information and to arrange to make the appropriate payment. This disclosure must occur prior to any contact from CRA concerning the missing return or information. 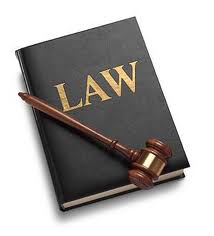 The instalment interest is calculated on each instalment that should have been paid using the payment option that calculates the least amount of interest. The interest is then calculated on each instalment that was actually paid. The difference between the two amounts is the interest that is charged, provided that it is more than $25. By using this method to calculate the instalment interest, the calculation takes into account early payments (which can offset late payments) and overpayments of instalments (which can offset underpayments).

In certain situations, where the taxpayer has been unable to meet his/her tax commitments due to circumstances beyond his/her control, it is possible to request a cancellation or waiver of penalties and interest. (There are also similar provisions to allow the acceptance of late, amended or revoked elections as well as to allow the issuance of refunds beyond the normal three year period.) Interest and penalties may be waived in situations such as serious illness or accident, serious emotional or mental distress (e.g. death in the immediate family), natural disaster, disruption in services, or erroneous information from CRA in the form of incorrect written answers or error in published information. If you wish to request a waiver of penalties and/or interest in a situation such as those described, it is necessary to send a written request to the Fairness Committee at either your local district taxation office or at your taxation centre